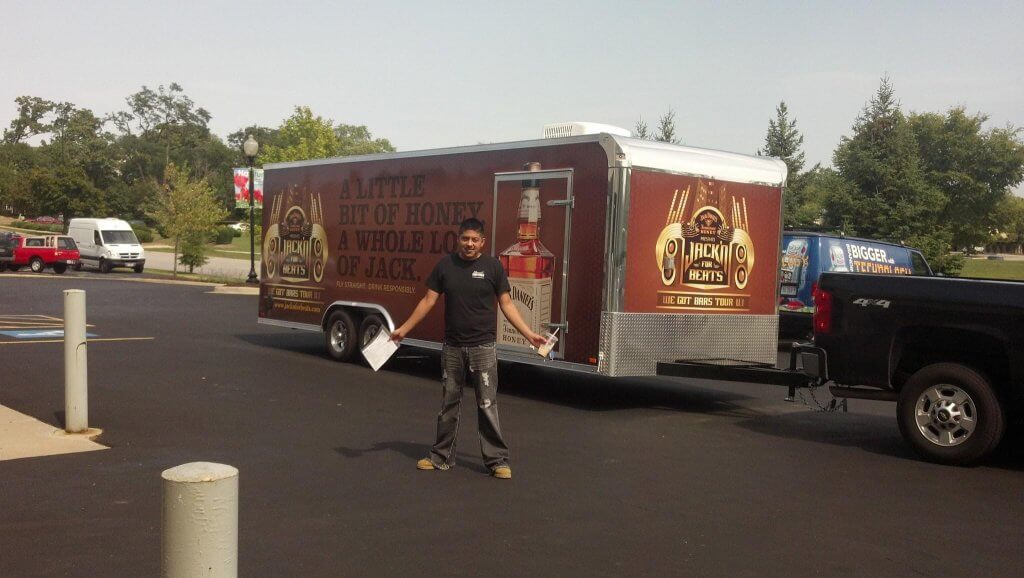 Unlike many of our associates at ER2, Isaac Luna didn’t start off with a career in grand format printing in mind. But once he got a taste of it, nothing could stop him! After working in various restaurant and factory jobs, he took a part-time job at ER2 painting shelves, but decided to stay a little longer. That was over 12 years ago. “I found it amazing the way signs were made,” he said. “But what really got me interested were the people and the way they made a part-timer feel at home. I had never experienced that before.”

Starting Out and Moving Up

Isaac finished the part-time project and signed on to work in the first full time position available, which was in the Maintenance Department. While he worked, he kept his eyes open and asked a lot of questions. It wasn’t long before his drive and curiosity earned him a place as a Table Worker. As his experience and skills grew, so did his responsibilities. In measured stages, he moved to Laminator Operator, Small Digital Format Operator and then on to the Large Format Qs 3200. 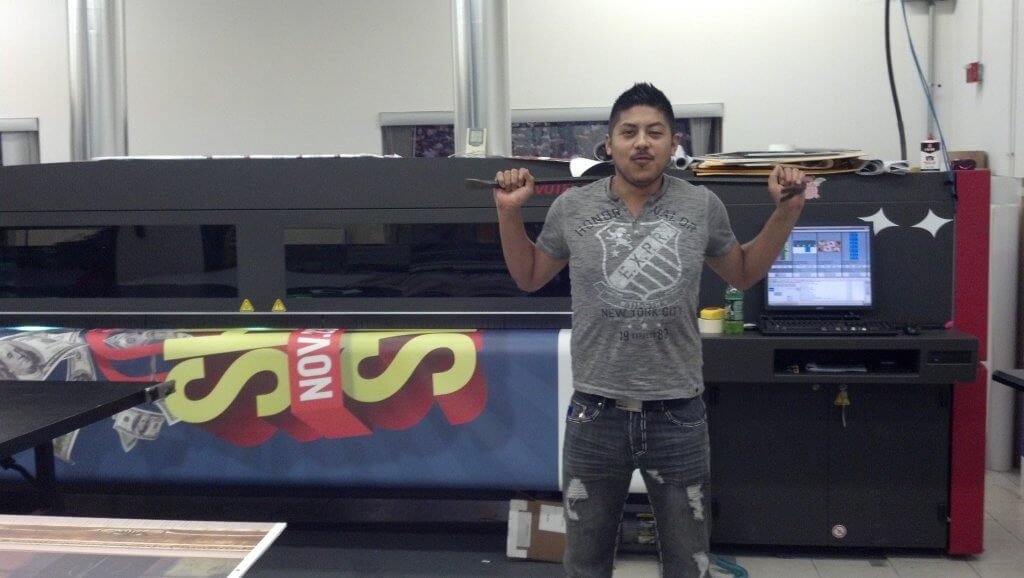 Isaac never stopped asking questions and never stopped learning. Along with his industry knowledge, organization skills and technical expertise, his talent as a natural leader was evident. Today, as Print Technician Manager, he supervises our operations in small format digital, large format, lamination and mounting. Isaac is equally at ease delegating jobs to others on his team or jumping right in to lend a hand. In fact, assigning and managing the workflow is one of the things about the job he enjoys the most. Another is getting a lot of work done in a small amount of time. “It sounds strange but the rush of doing work in a hurry gets me excited. I love taking on an ‘impossible task’ and making it happen.”

Isaac is obviously very good at what he does. But he considers his biggest achievement of all is reaching his current position. “I started from the bottom knowing nothing about the industry and little by little overcame every obstacle. Now every day is a new challenge and a new victory.”

In conclusion, Isaac commented, “Being part of ER2 taught me a lot things, some harder than others, but something I leaned early on was that we are all a big family that kicks… butt.” (That’s not exactly the word he used, but you get the idea!)”

Isaac doesn’t have all of his fun on the job. Once in a while, we make him leave the shop and take a vacation. When this happens, he actually does enjoys listening to music, going for walks and travelling. Interesting destination spots he has discovered include Guanajuato City, Mexico, Portland Oregon and Las Vegas. He looks forward to spending more time exploring the West Coast.

They Did What? ER2’s Biggest, Tallest and Smallest Projects Ever
Inside ER2: Tackling the Industry With Matt Blackmar