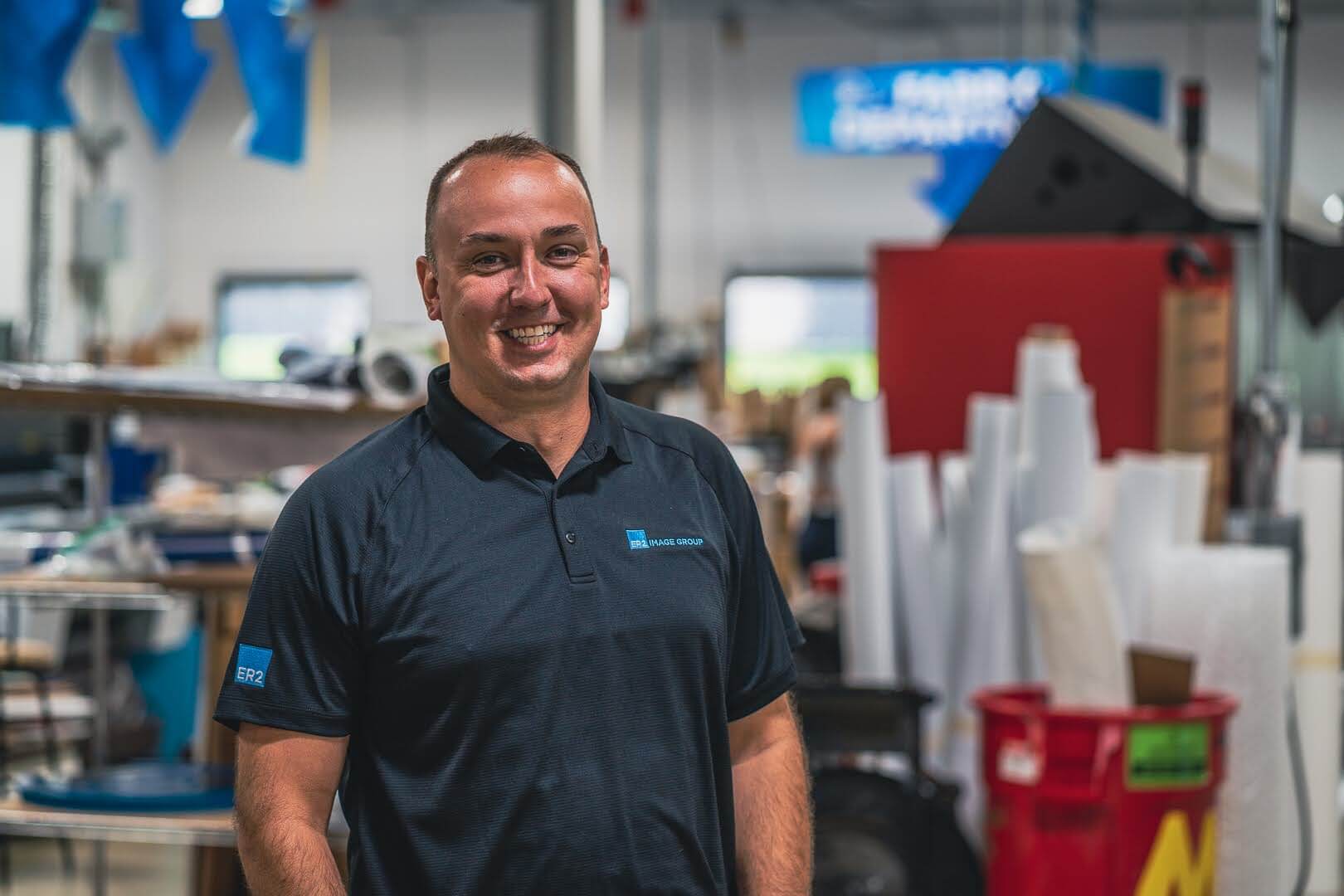 You could say signage has been in my blood almost from Day 1.

Right out of college, I got my start working in Production Control, learning the ropes early on as far as production schedules, understanding the different materials to work with, dispatching work orders, you name it. After a little over a year of that, I moved over to the project management side of things, where I was able to work several more years directly with a wide variety of customers in the fields of aviation, automotive, retail and multi-location rollouts.

The project I’m most proud of? It’s a tie, but it’s pretty much at every airport.

The project that always stands out to me is leading a team to rebrand the signage for United Airlines in 2010 and Alaska Airlines in 2017. As part of those efforts, United had merged with Continental Airlines, so we needed to rebrand all of United’s interior and exterior signage in 375 airports worldwide. For Alaska Airlines, it was 115 airports – from gates and check-in counters to baggage offices and hangars.

So, whenever I’m at an airport, no matter where it is, I can look at some of my most rewarding projects.

Sometimes it’s just about picking up the phone to ask, “Hey, what’s going on?”

Building and keeping lasting relationships with people who have gone to different places isn’t just about expanding your own business or portfolio. That’s great, but a lot of contacts I have are people I worked with almost 10 years ago and I’ll reach out to them when I happen to be in the same town. Not with an agenda in mind, but because we have such a strong history – and if that leads to something I can help them with, I’m here for that too.

I actually started working with ER2 Image Group four or five years ago.

Alan and the team here at ER2 began helping me with projects – they were always on top of what was cool and innovative in the business as far as new products and techniques. So I was a big fan well before I started working here.

My family has noticed a big change in me.

I knew ER2 was a fun, close-knit group in a family atmosphere. Still, since stepping into this role, I’m amazed by the difference I feel every day. My Mom recently came over and said to my wife, “He’s just so alive!” You don’t know what else is out there until your eyes are open. It’s so motivating when you have a support team that you know will take care of you the way they do here at ER2.

I’m always up for a game of hoops. Or golf.

I played college basketball for four years in Iowa at St. Ambrose, so I still like to play ball a little bit when I get the chance. I golf more than most people because it’s a game that’s all on you and gets you away from the day-to-day when you need it. I’m very competitive and it shows when I play.

Family has always been big for me.

I’ve been married to my high school sweetheart for 13 years and we dated for several years before that. We’re super involved in every aspect of what’s going on with our 3 daughters – I’m the soccer coach and she handles Girl Scouts and the PTA. On top of that, I’m a catechist at my church, teaching CCD classes. I am also a member of the Elmhurst Commission on Youth. It’s a full plate, but we wouldn’t have it any other way.