Tag Archives | The Mitchells vs The Machines 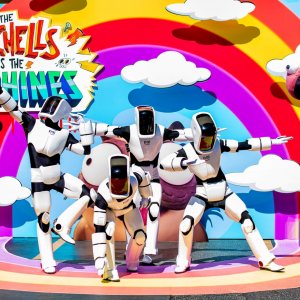 In the movie The Mitchells vs the Machines, one unsuspecting family is tasked with saving the world when technology decides to take over. As a promotion for the film’s release on Netflix, we helped Blue Revolver take over two gas stations and turn them into interactive experiences straight out of the animated feature. Two PAL […]