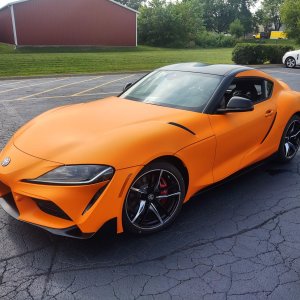 The Fast and Furious franchise is an international phenomenon, with films grossing over $5 billion combined. But it all started in 2001, and Brian O’Connor’s (played by Paul Walker) 1994 Toyota Supra Mark IV was a major piece of the original film. In direct collaboration with Toyota, ER2 Image Group recently wrapped a Supra to […]